LAB Reform seeks to restore the League of American Bicyclists as the national cyclists’ advocacy organization.   That means staunchly defending our right to the road, vigorously promoting the best and safest practices consistent with the education program and it means having leadership that works for and is responsive to the members. 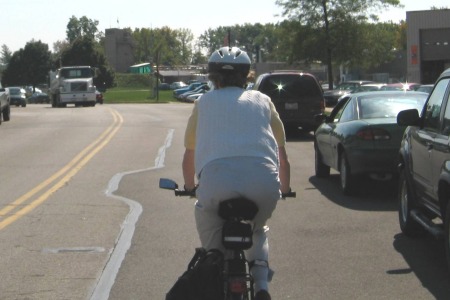 LAB Reform was established in the fall of 2003 [1], after League directors, without consulting or informing members, reduced member control of the League in three significant ways:

The moderate signature requirement overturned by the first two measures above eliminated a “safety valve” to protect the League from unethical directors acting against the interests of members. Instead, the directors insulated themselves to stop members from controlling their league.

In addition, at the fall 2003 meeting, the directors quietly removed requirements from the “Statement of Purpose” involving education, protecting rights of cyclists, organizing rallies and helping local cycling advocacy organizations. These were functions that they were not interested in performing. (The statement was essentially restored in 2006. However, the important safeguards for members’ rights are still missing. And, although we now have a fairly good statement of purpose, the board often acts contrary to the statement.)

Read about the details of the ByLaws changes here.

Note 1: Although we started using the name “LAB Reform” in 2003, reform efforts started earlier when the education program was severely weakened. Earlier efforts included an appeal to the board to return the League to its roots. See “Which Way LAB”. The appeal was rejected. Reformers sponsored candidates for the board in 2002 and early 2003. Three out of four reform candidates were elected. The fourth was beaten through cheating. (This was before — and likely why — the rules were changed to make the petition requirement onerous.)

4 Responses to Why LAB Reform?