Trapped inside the box — Time for a new Paradigm

Paradigm was a popular buzzword a few years ago. Here’s a bit of the definition from Merriam-Webster. par·a·digm broadly : a philosophical or theoretical framework of any kind

The dominant paradigm in cycling holds that cyclists are inferior users of the roads, obligated to stay out of the way of more important users, who drive cars.

Wikipedia says: Paradigm A simplified analogy for paradigm is a habit of reasoning or, the box in the commonly used phrase “thinking outside the box”. 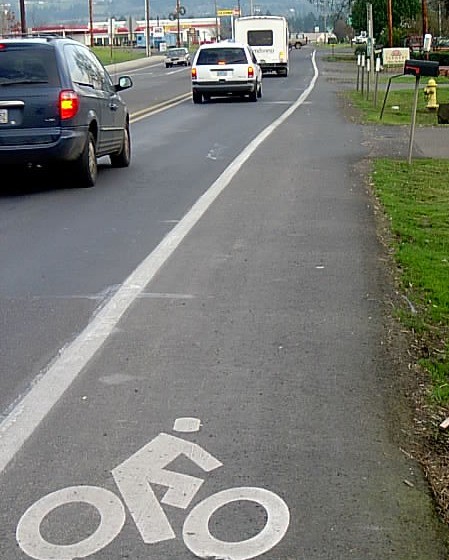 One might think that “bicycle advocates” would fight this paradigm since it makes cycling unattractive and less safe. Instead, they embrace it, welcoming indeed demanding segregated facilities that banish cyclists to the gutter. Not only do they demand facilities, most of these advocates resist any attempt to apply safety standards to the facilities. They seem to believe it is better to have many such facilities even if they have serious safety standards than to have insist that any such facilities must be safe places to ride.

[1] Photo by Bob Bayn, Newburg OR
This entry was posted in Uncategorized. Bookmark the permalink.